February 2006:  My first move out of the long coat and into the smooth has been made!  It was with some excitement that the two BRINDLE mini smooth dachshunds have arrived from Montana, USA to join the gang.  Jack and Jill will hopefully be debuting in the show ring at St. Patrick's Day Show in Dublin.  Jack is the first American imported brindle mini smooth dog in the UK and Jill is the first in Ireland. 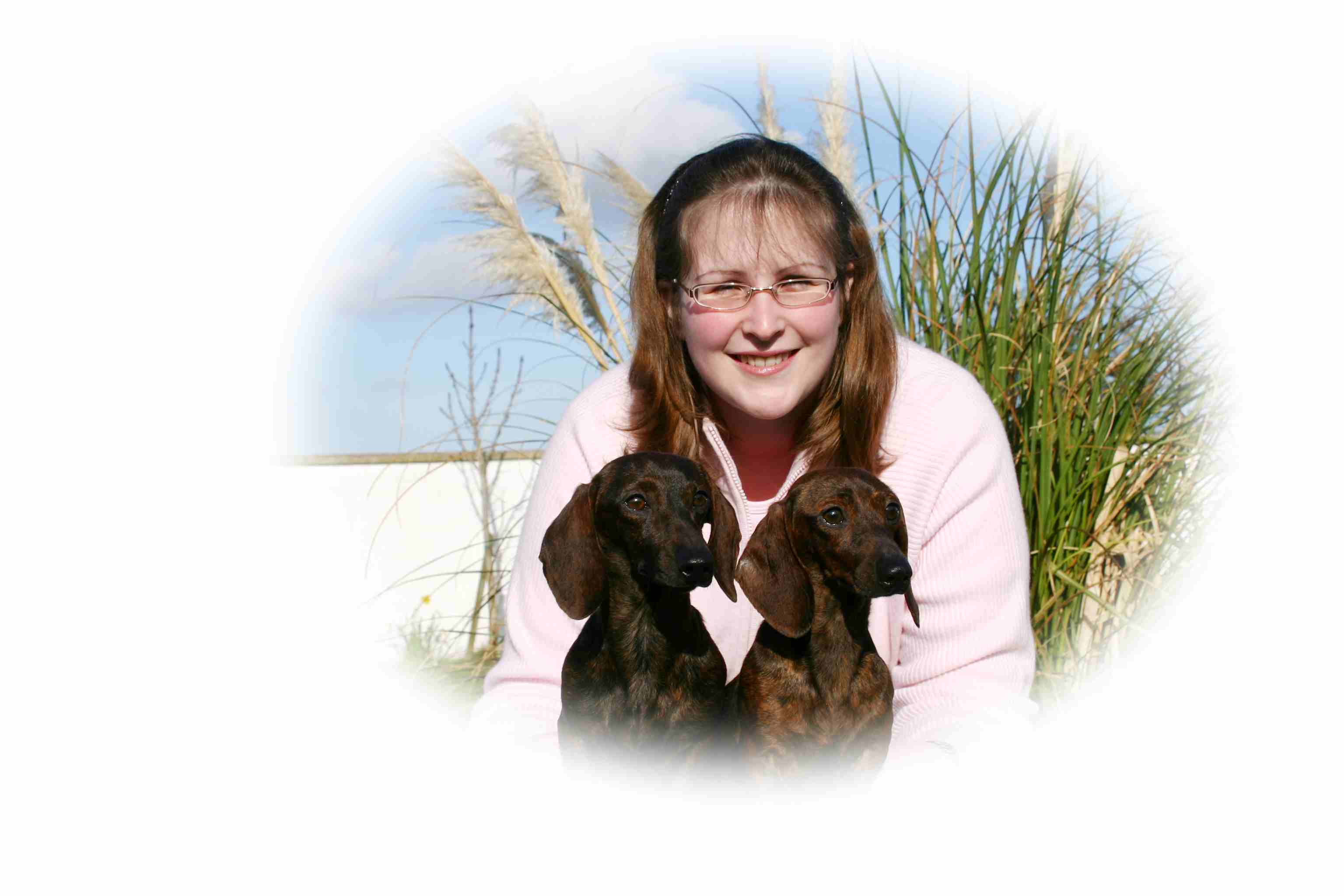 Seem to have spent a little more time judging than exhibiting this year so far! Had the pleasure of judging the Standard varieties at WEDA 9 April, followed by Basenjis, Whippets and Greyhounds at Cork & District (IKC CH) 22 April. A trip to Wales 28 May for City of Swansea and ECDA on 4th June for the Miniature varieties.

August 2006:  Only 2 shows on the Irish Circuit exhibited at but Jack got 2nd at both the Hound Association of Ireland and Clonmel shows and Jill got 2nd at Clonmel.

2007 - showing was completely suspended for this year.  Instead I concentrated on passing the necessary assessments for the KC.  I was also very busy with work, exams etc. etc.

2008 - In January my beautiful brindle smooth girl produced two gorgeous puppies by Ch. Lauralee One For The Road To Beckel.  Benjamin and Bethany will make an appearance in due course!

This is also the year that the KC has passed my to award CC's in miniature longs.

Benjamin and Bethany’s First Show!!!  They made their first appearance in the ring at the Hound Show of Ireland’s Championship Show held on 16 August 2008.  Despite a lack of preparation they both performed extremely well.  Both puppies were graded Very Promising and placed second in Puppy Dog and Puppy Bitch respectively under judge Mrs L Greer.

Benjamin and Bethany headed out again to Drogheda Championship Show (IKC) where under Mr E White they again were graded Very Promising and both gained 2nd in Puppy Dog and Puppy Bitch.